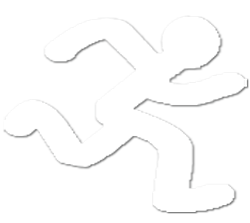 Jerry and his wife, Angie, moved back to Arkansas in 2016 after about a 14 year hiatus. An avid runner, Jerry immediately joined the Spa Pacers within a week of settling into Hot Springs. The positive experiences with club members was so inspiring, that he joined the board in January of 2017. Jerry truly considers it an honor and a privilege to have served the awesome organization as President since 2019. Jerry can often be found enjoying the Saturday morning group run where he sometimes serves as a backup leader. Jerry has served as the Spa Pacer representative on the Arkansas RRCA Long Distance Running Committee (governing the AR RRCA Grand Prix) since 2018.

Jerry enjoys running in nearly any type of occasion (training, racing, alone, in groups, etc.) as well as on just about any surface (roads, trails, track, treadmill, etc.). Jerry is also mostly unbiased on distances for running events – enjoying everything from 400 meters to 100 miles. Jerry and Angie are big fans of the Pacer social events – as these gatherings provide time to really get to know the greatest asset of the club…the members!!

I moved to HS in 2013 not knowing anyone. In 2016, I was going to run my first 5K with the Window Mart team so I went to the Spa Pacers Fall Clinic and fell in love with running and found the best of friends that seem more like family than friends.

The Spa Pacers are one of the nicest, most inspirational, encouraging and inclusive group I have ever had the pleasure to know. Absolutely best of the best people.

There is absolutely no group that I have ever been a part of that is more encouraging and supportive than the Spa Pacers. Whether you are a walker or a runner, fast or slow, you are welcomed and encouraged to participate. I love the Spa Pacers!